To Rest Is To Rust 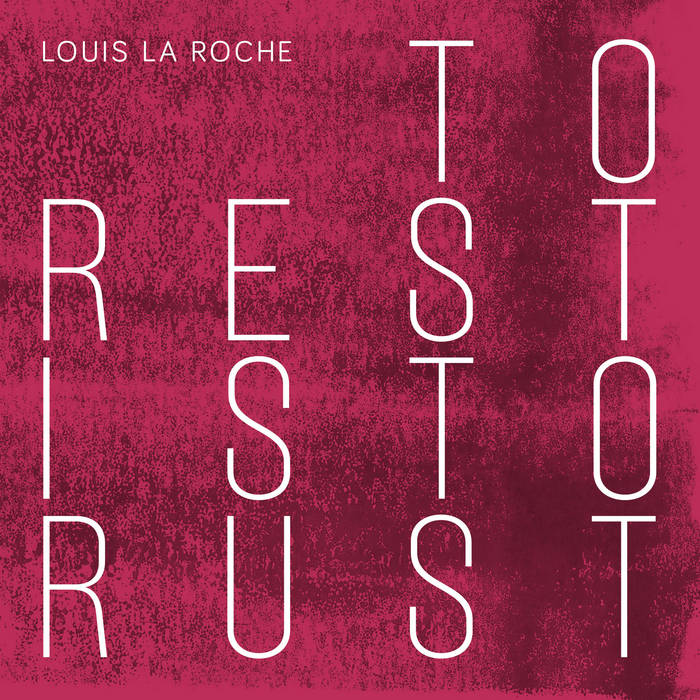 ewanwii An amazing and funky album, perfect for chilling or cruising to. Stellar work from louis as always! Favorite track: Just Like You.

‘TO REST IS TO RUST’ IS THE EAGERLY ANTICIPATED, FORTHCOMING DEBUT ALBUM FROM 24 YEAR OLD UK PRODUCER LOUIS LA ROCHE.

Written, recorded and mastered at his home studio throughout 2014, Louis moves away from the familiar House sounds akin to previous releases and delves into the Funk and Post-Disco sounds of the early 80’s. Channeling influences such as Michael Jackson, Stevie Wonder and Prince into his songwriting, he crafts 11 soulful pop tracks that showcase a new set of skills and renewed artistic ambition. Fresh, uplifting and sincere, To Rest Is To Rust is undeniably the product of an intuitive producer who thrives from musical experimentation. Catchy and accessible To Rest Is To Rust is perhaps Louis' most refined and accomplished work to date.

Since establishing his Louis La Roche alias in 2008, Brett Ewels has spent the last 7 years perfecting his craft, intentionally holding back on a debut album release. “I’ve progressed so much as a musician and producer over the past few years. I’ve written and rewritten numerous album attempts, ever surpassing the last. I wanted to make sure my debut album was the best work of my ability and more than just a collection of throwaway club tracks. The songs on To Rest Is To Rust work together as a piece of art and sum up who I am as an artist at this point in my career.”

Unlike previous releases, Louis includes his own vocals on 10 of the 11 tracks. “I’ve always used my voice for getting rough melodies down – I sing into my phone and listen back to the recordings whilst I’m writing. The melodies usually end up becoming the bass, lead line or chord structure, but this time around I wanted to challenge myself by utilising my singing voice. Lyrically the album is inspired by past and present relationships."

The lead single 'Just Like You' is an infectious, three and a half minute, synth-laden pop song busting with summer funk and feel-good vibes. It is released by Ever After Records on 1st June 2015.

The debut album 'To Rest Is To Rust' follows shortly after, available in digital format on 6th July 2015.

All songs written, produced and recorded by Brett Ewels at Ever After Studios. Additional vocals and guitar on ‘Lonely Girl’ by Crystal Bats. Guitar solo on ‘Give Our Love A Chance’ by Tim Frost. Design by www.oathdesign.co.uk

© 2015 Ever After Records. All rights reserved.